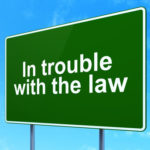 While most people have heard of crimes related to violent activities or drug charges, many have not heard about another New York state law that can places people behind bars simply due to ‘who they know.’ Specifically,  New York’s conspiracy law allows anyone to be charged with conspiracy in the first degree if a… Read More »