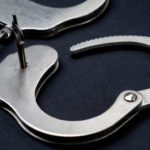 At this point, most-everyone has heard about what happened in Flint, Michigan concerning the lead-contaminated water crisis; however, many might still be surprised that the officials behind the decision-making process that led to the crisis are being prosecuted for crimes (in addition to losing their jobs as officials). As of this month, at least… Read More »

A Felony for Fun: When Your Fake ID Has Real Consequences

Fake IDs are something that many teens and underage adults are very familiar with. If a person does not own a fake ID, then they usually know at least one person with a fake ID, or they know how they can go about getting one. For the most part individuals shy away from obtaining… Read More »