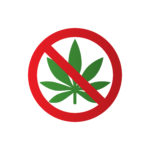 It’s official: New Jersey lawmakers have given up on legalizing (i.e. decriminalizing) recreational marijuana in New Jersey by passing legislation, and have instead decided to pursue the issue via a ballot initiative next year.  This follows the general pattern of a number of other states, whereby the only state that was able to legalize… Read More »