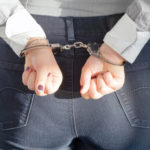 The Atlantic ran an article this month about an ex-offender with drug-related charges who had his record expunged after completing an approved diversion/rehabilitation program in California. A criminal defense attorney may be able to do the same for you. Structured Rehab Programs Helps Addicts Stay Clean The ex-offender, whose name was Adrian Silva, had… Read More »