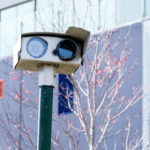 As of July 25, New York City is reportedly no longer authorized to hand out $50 tickets to motorists caught by speed cameras in the city. While cameras in 20 school zones will continue to ticket until August under a different law, the others cannot operate. These cameras have long drawn criticism for those… Read More »

A man eluding officers who tried to pull him over for a traffic violation along the New Jersey Turnpike brought national news attention to his flight on Sunday, March 12th. Officers ended up deploying spike sticks in order to get him to pull over, and proceeded to charge him with eluding officers (along with… Read More »

Individuals with a commercial driver’s license (CDL) rely on that license for their livelihoods. Traffic infractions that affect your ability to keep and use this license, therefore, can have huge repercussions on your career and ability to support yourself. This can also have repercussions on states like New York, which rely on these vehicles… Read More »

In an interesting twist of fate, Francisco Almonte, who was arrested in March of 2016 for alleged drunk driving, was ultimately charged in August only with a minor traffic violation consisting of failure to use a turn single. According to the evidence presented at Almonte’s trial, Bergen County Public Safety Director, Ralph Rivera Jr.,… Read More »

Running Red Lights: Where the Ticket Comes From Matters

Have you ever approached an intersection and then as you get closer, the green light transitions to red. You think to yourself “I can make it” but just before you cross through, the light turns red and you see that familiar bright flash trigger. Congratulations, you’ll be receiving a traffic ticket for running a… Read More »

How the Need for Speed Can Impact You

Each day, hundreds of motorists are pulled over for traffic violations. One common violation, for which thousands of citations are issued each year, is failing to obey posted speed restrictions. If you or someone you know has received a speeding ticket, it is important to contact an experienced attorney to advise you on the… Read More »

Every few minutes auto accidents happen in states across the nation. Knowing your responsibilities in the event of an accident is key to prevent criminal charges from being brought against you for the failure to act. Required Action In the event of a motor vehicle accident in the state of New Jersey, an operator… Read More »