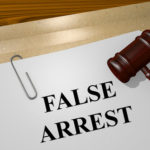 In May of this year, the United States Supreme Court issued a decision that fundamentally changed your right to privacy under the Fourth Amendment. Imagine that a police officer stops you without cause and then, without your knowledge or permission, the officer runs your name through the database and ultimately finds a warrant that… Read More »

Sexting: What Happens When Minors Use Cell Phones to Send Sexually Explicit Videos of Other Minors

Last year, two teens were arrested in Long Island, NY after a 14-year-old boy had a sexual encounter with an underage girl while another boy filmed the incident on his cell phone. The teens dispersed the video to other students and were subsequently arrested and charged with felonies. Of course, the facts of this… Read More »